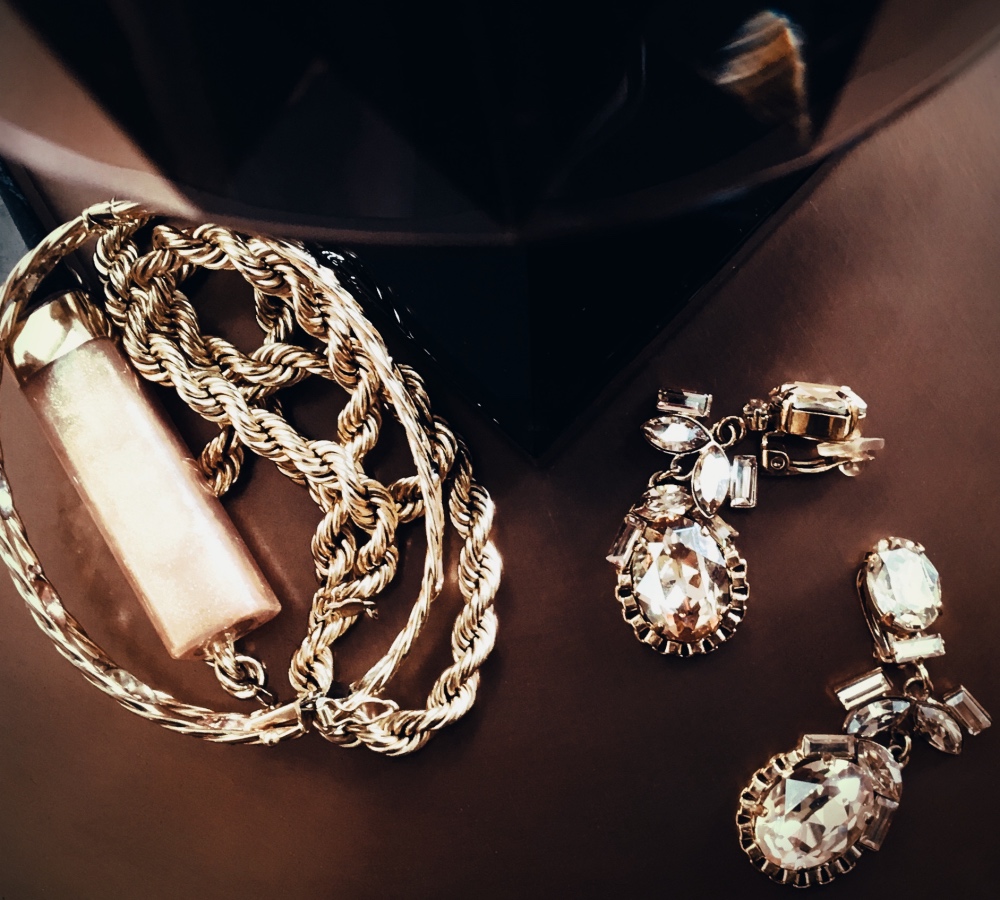 While pretending to look for a pen in her bag, Amanda sneaks a look at her make-up in the compact mirror. Good: no panda eyes, and not too shiny – yet. She doesn’t usually lay it on with a palette knife, but when she appraised herself after work, she looked pale, waxy, tortured – like that woman from the Momo Challenge hoax, but on a particularly bad day. Oh, at the very worst, on an average day, quips a familiar voice in her head.

It wasn’t Amanda’s idea to come, though it’s absolutely true that she does need to get out more. She was tempted not to turn up. But that would probably mess with the numbers. And it was her sister-in-law – ex-sister-in-law – who’d bought Amanda the ticket. Maybe she’d find out if she bailed.

Joan, the facilitator, is explaining how it works. Amanda’s pleased to learn that it’s the men who, at the sound of Joan’s bell, must circulate every six minutes. The women are to stay put. It’s kind of like being at YO! Sushi, only you can’t just pick up the ones you fancy and devour them there and then. You make a note on your card. And if the sushi thinks you’re wasabi, then it’s a match.

This is the first date – dates – Amanda’s been on since John left her three years ago. She scans the room, sees a handsome chap in an armchair at two o’clock drinking what looks like a double whisky. At rest, the expression on his face suggests he’s just heard a mildly amusing joke. She’s seen that expression on other men, for instance, the French executive – Lucas? – who came over from the Paris office once, the one whom Judy from Purchasing was so keen to show all the best places to dine. At four o’clock sits a man wearing a dark pink Superdry T-shirt, two sizes too small. He’s clearly in need of someone to dress him.

Just as Amanda is wondering what percentage of these men are secretly married, the bell rings.

The first man has cheekbones like the Sherlock actor with the ridiculed name. Bumbledick Cucumber-Patch, says the voice in her head.

‘My name is Malachi,’ her date announces, as though bestowing a blessing. As he holds out his hand, the inside flap of his exquisitely tailored suit flashes blue like a kingfisher’s wing.

Amanda can tell immediately that she appals him.

‘Where do you summer?’ he asks, yawning and surveying the room.

Amanda smirks inwardly and, without revealing the one-week ‘four-star’ package that it was, replies, ‘Portugal.’ Malachi has ‘people’ in the Troia Peninsula. She wonders what a man like him is doing here. He doesn’t strike her as the desperate type.

Next up on the date carousel is Superdry Man. His name’s Carl. Must be 55. Widowed four years ago. Breast cancer. From the meagre minutes they converse, she can tell he’s a warm, solid, kindly soul. Absolutely not for her.

During the next change-over, Amanda looks out for Resting Smile Face. A woman two tables away, with expensive-looking hair, is staring meaningfully into his eyes. After the brunette with the huge hooped earrings to her right, it will be Amanda’s turn. As the next chap takes his seat opposite, she catches the eye of the woman with the earrings. Earrings suppresses a conspiratorial grin.

This one is tall, angular and, he tells her with a rigid handshake, Ben. He leaps straight in. ‘If you could have a picnic anywhere in the world, where would it be?’

‘I’d choose the Villa Borghese Gardens,’ says Ben, ‘because they’re romantic, one can go boating, and there are interesting features.’

Before she can speak, Ben is off again: ‘If you could have dinner with three people, who would you choose and why?’

‘I’d choose Gandhi for his non-violent resistance, Shakespeare, for his genius, and Einstein, for his contribution to our understanding of the universe.’

‘You didn’t say we could have dead people.’

‘If you could take three things to a desert island, what would they be?’

Amanda looks up and catches Earrings grinning at her. ‘A protractor, a remote control made of cheese, and a packet of Wotsits,’ says Amanda.

Yes, I can see that, says the familiar voice. Well, you can pipe down too, thinks Amanda, I wouldn’t even be here, if you hadn’t left. She knows ‘left’ is not quite the right word, but it’s still how Amanda feels.

The bell goes. Thank Christ for that.

Finally, Resting Smile Face. He introduces himself with a broad grin: James. He’s a project manager, likes football, travelling and dining out, and has two boys, seven and nine, who are with him on alternate weekends. The conversation turns to Game of Thrones, which James doesn’t watch either.

‘Must admit, I tried the first series, but there was too much blood and guts,’ he says.

‘Absolutely. And my poor mother desperately wanted me to be a doctor.’

‘Oh, I loved it too! Wasn’t Moriarty a triumph?’

There’s just time to discuss Theresa May’s remarkable tenacity (‘Took an eternity to be rid of her! Kept coming back, like an unflushable turd’), favourite music (they agree on Bowie and First Aid Kit, but he loathes Dylan – well, nobody’s perfect) and almost touch on where they’re going this summer, before, maddeningly, the bell goes. The next guy arrives at the chair opposite. James stands and moves on slowly with a ‘lovely to meet you’.

The new man sits down and tells her his name, but Amanda’s not listening and forgets to note it down on her card.

‘Met him at the bar earlier.’

‘Anyway, Graham, you have my full attention now.’

The next four men are a bit of a blur. An army doctor, who doesn’t watch television (what can he possibly do of an evening?), a divorce lawyer with a too-loud laugh (‘saved a fortune in legal fees on my own’), a web designer (so that job isn’t exclusively for young hipsters named Ocean), and an actuary, who is humourless (thinking all day about pensions can do that to a man).

This last guy’s called Keith. Pale, watery eyes and permanently moist lips. Would be like kissing a baby, thinks Amanda, then wishes she hadn’t. The bell takes an eternity to ring. When it does, Amanda realizes she’s exhausted.

Earrings turns to her, ‘Bloody hell.’

‘Precisely,’ replies Amanda. She finishes marking up her card and then walks with Earrings to hand them to Joan.

‘You should get an email with your matches by tomorrow evening,’ Joan tells them.

Earrings and Amanda walk out together. It’s much chillier now than when they arrived, so Amanda pauses to pull on her coat. Earrings waits and walks down the steps with her.

Amanda can’t remember the last time she got plastered, but she thinks this could be an occasion that calls for it. Plus, added bonus: she doesn’t even need to come up with something beginning with an ‘E’ to remember Elaine’s name.

‘OK. But I warn you that ‘plastered’, for me, means two glasses of Pinot Grigio – small ones.’

Amanda wakes at 7am and gets ready for work. While she showers, she congratulates herself on the ability to become intoxicated on two thimblefuls of alcohol (no hangover), and smiles, remembering the laugh she had with Elaine. They’d dissected their respective experiences of the dates. Twenty Questions had asked Elaine what musical instrument she would be and why and had blinked three times at ‘A saxophone. Because I’m voluptuous, sensuous, and a little bit cringeworthy’. Fortunately, she was not keen on James because she prefers her men ‘rougher around the edges, like Graham. Plus, who doesn’t watch Game of Thrones?’ They agree to speak after their results come through.

Amanda has five interviews to conduct today so, thankfully, there’s no time to linger on what might be waiting in her personal inbox after work. Back home, she makes herself go upstairs and change, fix dinner, and load up the washing machine before opening her laptop.

There’s one match. She clicks, hoping it’s James. Her heart sinks: Superdry Man. But she was so sure she and James had made a connection, the smirking French-faced tosser. She knows she has the looks for radio (though, unfortunately, not the voice), but she’d hoped he would see beyond that. As John had. People had never stopped congratulating her, without the decency of even trying to mask their incredulity, on how well she’d done in bagging him. He treated her as though she were beautiful up to the day he left.

Amanda had only wanted to tick James’s name, really. But she’d have felt dejected with no matches at all. So she put down Superdry Man and the non-hipster web designer, and decided to deal with it later if they wanted to see her. Now she feels the kind of mild confusion you feel when you’ve been to a party and hammered the canapes and then can’t decide whether to have dinner. Does she even have the appetite to meet up, make small talk, get drunk on one glass of Prosecco?

Time to call Elaine, who has two matches: the non-hipster and Graham.

‘Who will you go out with?’

‘Both. Though not at the same time. But, first things first, let’s put our dinner in the diary. How about that new place in Covent Garden?’

Elaine urges Amanda to give Superdry Man a chance: ‘At least he didn’t ask you what’s your favourite bible story, and why.’

As soon as she puts down the landline, Amanda’s mobile rings. Superdry Man (must remember to call him Carl). They chat for a few minutes before Amanda hears herself say, ‘My John. I lost him too. Brain aneurysm.’ Is she really crying silently down the phone at a stranger?

‘I’m sorry. I understand,’ says Carl. And then: ‘Will you meet me for dinner?’

‘That would be nice.’

I suppose it will do no harm, thinks Amanda. He knows what it’s like to be left. But, for the love of God, may he wear a different shirt.

Michelle Christophorou writes flash fiction and short stories and won the Retreat West Fire themed flash competition, for which she received a ‘Best of the Net’ nomination for 2019. You can find her most recent stories online at Ellipsis Zine, Virtual Zine, FlashFlood, Ad Hoc Fiction, and in the National Flash Fiction Day 2019 anthology. In an earlier life, Michelle practised law in the City of London. She tweets @MAChristophorou