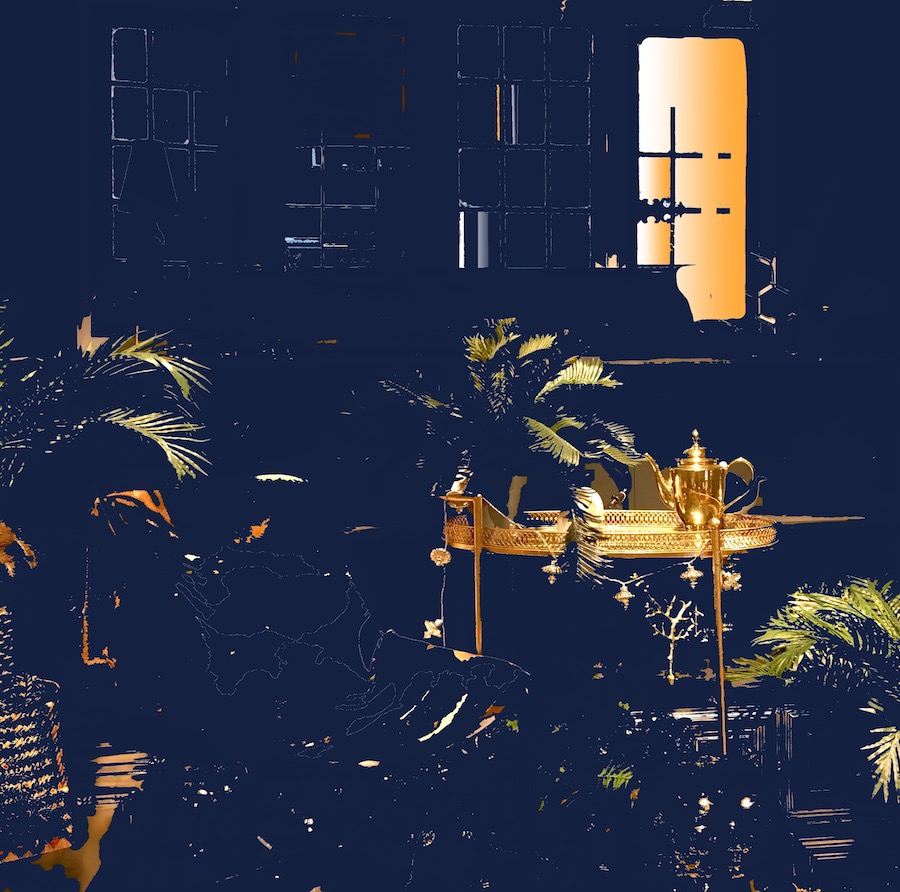 I’d never noticed the golden door before, but that night, as I was leaving the club, I spotted it on my way through the lobby. It was the day I’d finally beaten Barry at golf and recorded my best scorecard. I was on a high and keen to celebrate, but he’d had to dash off somewhere. A poor loser, I’d thought. As I was walking out, I caught sight of a flash of gold and there was the door. How had I never noticed it before? Curious, I tried the handle. It opened to reveal a large lounge area with leather chairs, a fireplace and more golden doors on the far wall.

‘Hey Georgie!’ Barry got up from a nearby chair, grinning. ‘About bloody time!’ He came over and clapped me on the back. ‘We thought you’d never get here.’

Puzzled, I put my club bag down and looked around. ‘I thought you were going home?’

‘Nah. I always come here after a game. Me and the lads had a bet on how long you’d take to join.’

‘Join what? I’ve been in the club as long as you have.’ I was confused. ‘Is this bit new? I haven’t seen it before.’

‘You’ve never had a single-figure handicap before.’

‘True.’ I grinned, reminded afresh of my day’s success. ‘But what’s that got to do with it?’

‘You, my friend, are the newest member of “The Golden Circle”. It’s a club within the club. A bit hush-hush. We never mention it outside the Circle, but as soon as your handicap’s good enough – bingo! The door appears to you and you’re in.’

‘What? “The door appears?” We’re not in a Harry Potter novel, Barry.’

‘Apparently it’s some photoelectric wizardry they got from NASA. No idea what the hell that means! Come on, I’ll give you the full tour.’

It was luxurious. There was an open bar and small restaurant where we could order whatever we fancied and chef would prepare it. The other golden doors led to a physiotherapist, a games room, and a mini-cinema with massage chairs so comfortable I’d never had a more enjoyable time sitting down.

My golfing trips became more frequent. After a month, my wife started to act strangely. It never occurred to me that she might be suspicious, but one morning she put her toast down and announced: ‘I know you’re having an affair.’

‘Stop lying, George. I know you weren’t at the club last night.’

I frowned, racking my brains. ‘Yes, I was. I played with Dave and Barry, then we had a few drinks.’

She shook her head. ‘I was there. You weren’t in the lounge all evening.’

‘Muriel love, I wasn’t in the general lounge, I was in the golden lounge. It’s not open to everyone.’

She looked down at her cooling toast. ‘I asked them if there was another lounge area and they said: “Only what you can see for yourself”.’

‘Ah yes, but not everyone can see it until—’

I couldn’t convince her and she stormed off to her sister’s.

That evening I consulted the bartender as he stood polishing glasses: ‘She can’t see the door.’

‘But I need to show her this area.’

‘Of course, sir. Might I suggest that your wife takes up golf?’

‘But it’ll take years for her to qualify. Can’t she just pop her head in?’

‘I’m afraid that’s against the rules.’

‘But she thinks I’m having an affair!’

‘I quite understand, sir, but the rules are very clear.’

‘Couldn’t we bend them just this once?’

‘I’m sorry, sir. The rules have remained unbroken since 1962 when the Circle was formed.’

Relations at home worsened. One morning my wife declared: ‘George, that’s enough. It’s your secret “club” – or whatever the floozy’s name is – or me.’

In search of advice, I turned to Barry and a few of the other chaps at the club who’d experienced similar ‘women problems’ in recent years. Sadly, there seemed to be quite a large group. I’d grown fond of the club with its excellent meals, foot-rubs and massages, private cinema and lack of chores. I even had a favourite armchair by the window and a carefully selected reserve. And then there was Muriel, my wife of 35 years and mother of my children. With a heavy heart, I knew what I had to do.

‘You see love, there’s a free bar,’ I explained to her. ‘And they’ll make any dessert, cooked to order. Surely you understand?’

Muriel didn’t take it well and moved in with her sister.

‘Don’t worry,’ Barry said, later that evening. ‘Here, take this.’ He handed me a card for a firm of divorce lawyers. ‘They’re bloody expensive but they’re brilliant at this stuff – they’ve helped us all.’

A few months later, I was sitting at the bar one night, chatting to the bartender while he mixed my post-round gin and tonic.

‘How come this is all free, Paul?’ I asked, secretly thrilled that we were now on first-name terms, just like in Cheers.

‘We have a very generous sponsor, sir,’ Paul answered, gesturing towards the end of the bar where a small plaque was attached to the wall. It read: ‘The Golden Circle Club is proudly sponsored by Hewitt Jacobson Smith & White.’

That name looked familiar, I thought.

Later, as I pushed the key into the lock of my dark and empty house, I remembered. It was the name of the divorce lawyers Barry had recommended.

Jo Davies is a British writer. Her work has appeared in Flash: The International Short-Short Story Magazine, Spelk, New Flash Fiction Review and elsewhere. When not writing fiction, she works as an editor and publisher in the civil service. Twitter: @wordsmithjo