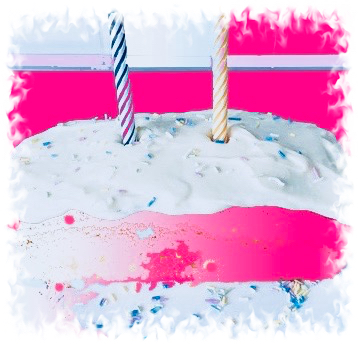 The babble in the room reaches a crescendo, like a pan of boiling milk, then simmers down to silence when Richard clatters his glass with a fork.

‘Remember, slowly and clearly,’ he whispers in my ear.

I stand and slide my chair back. It crashes to the tiled floor.

‘Sorry!’ I bend to pick it up, but the smiling waiter’s already there.

‘Dear Anne, always the clumsy one,’ Richard laughs over the sounds of clinking glasses and clashing cutlery.

I fumble with my handwritten speech: ‘Thank you all for coming to celebrate my big birthday. I can’t believe I’m sixty! I still feel like a young girl.’

‘We all like a feel of a young girl,’ Richard quips.

‘It doesn’t seem like more than forty years since I left school. A special thank you to Linda, my school friend, for coming. We lost touch but found each other on one of those reunion websites.’ Linda waves from the back. ‘The evening is young and now we’re going to dance, so let’s party!’ I lift my champagne glass.

Friends raise their glasses, sing a disjointed version of Happy Birthday and break into applause. I wipe a tear from my eye and feel blessed. How wonderful to be on the receiving end of such love.

On the dance floor, Linda and I shimmy our shoulders back and forth to our favourite disco sounds of the seventies. We laugh at our ageing bodies recreating the moves of our lithe, slender youth.

‘We’ve still got it!’ I yell, but the music stops, and everyone hears. We collapse into each other’s arms with tears of glee.

‘Do you remember dancing around our handbags?’ Linda says.

‘God, yeah! And the shoulder pads and wedge-heeled shoes!’ I feel a hand on my shoulder.

‘I love this one!’ Linda grabs my hand, ‘It’s the Nutbush Line Dance!’

Richard walks towards the bar. Linda and I are soon side-stepping, kicking our legs and giggling.

The following day, I wait for the fizz of the morning after-hangover cure, swig it back in one and let out an enormous belch.

‘Did you say something, dear?’ Richard shouts from the bedroom.

My reflection glares back at me from the bathroom mirror. How did I get so old? Wrinkles radiate from the corners of my eyes, the skin is crepe-like and fragile. I’ve still got a good head of hair, greying but well-cut. I dot concealer over the flaws and pat it in.

I’ve pulled on navy chinos and a stripey maritime top. A pair of red moccasins and a matching handbag add a touch of chic.

‘Not dressed in your boxers, you won’t.’ I put my earrings on. ‘Anyway, it’s kind of a girlie thing.’

Five minutes later, Richard appears, fully dressed, in the hallway. He insists on driving and drops me out front while he parks the car. Linda is sitting at a window table.

Linda is calm and collected; nothing fazes her. She looks elegant in her blue cotton striped blouse and white jeans. At school, she was always so in control. Richard rushes in, scrapes his chair as he sits down and starts waving at the waitress. Linda hands him the menu and he flicks his spectacles down from his balding head to his eyes. The waitress arrives holding one of those complicated-looking electronic order tablets.

Richard says ‘Yes,’ and Linda says ‘No,’ both at the same time.

‘Full English for me. Anne, you’ll have the same?’

‘Perhaps in two minutes?’ Linda says, and the waitress moves on to a table in the far corner.

‘Relax, we’re not in a rush.’ Linda hands me another menu from a nearby table.

I peruse the breakfast selection. Richard eyeballs the waitress as she meanders through the tables.

‘It’s a gift, the way they stare straight ahead and ignore customers,’ he says.

‘What can I get you?’ The waitress asks a few minutes later.

‘A cappuccino and two croissants please,’ I say.

‘I thought you were having the full English,’ Richard says.

‘This is my treat, have whatever you want,’ Linda says.

‘Full English for me, don’t skimp on the bacon.’ He slaps the menu down in front of him.

While we wait for our breakfast, I try to encourage the conversation. ‘Linda’s got her own company, Richard.’ I nudge him with my elbow.

‘Well, I had plenty of time to build my cosmetics business over the years. I didn’t marry and I don’t have children.’

Linda turns away from him. ‘Look, here comes breakfast.’

‘I guess your kids are all grown up?’ Linda asks me.

‘Yes. James and Elizabeth live close by and Julia is in Edinburgh. We have two grandchildren – hang on, I’ll find you a photo on my phone.’ I swipe through the photos until I find a nice one. ‘This is Lucy and William.’

‘Bugger!’ Richard drops his knife and fork on the table, spattering egg yolk over his shirt.

He rushes out of the café and into the street, serviette still tucked under his chin. Through the old crown glass, I put my hand to my throat as I watch Richard argue with the traffic warden. The bull’s eye in the window distorts his face, elongating and exaggerating his forehead. Everyone in the café turns to observe the spectacle of Richard and the traffic warden at loggerheads.

‘Anne, are you alright?’ Linda asks.

‘Sorry,’ I say. ‘Richard is just Richard. We’ve been together thirty-five years.’

Linda smiles. ‘You were the popular girl in our class. The one who was going places. You had so much pizazz.’

My eyes well up as I remember our schooldays. I gather my things.

‘I apologise for cutting breakfast short, but I’d better take Richard home. He’s all het up.’ I offer a twenty-pound note.

I peck her cheek and go out to rescue the traffic warden.

The following morning Richard mulls over the parking ticket. No amount of cajoling appeases him.

‘James and Elizabeth are coming for dinner,’ I say. ‘Why don’t you choose the wine?’

I’m relieved when he scurries off.

The children arrive on the dot at seven. I’ve set the table with napkins and fresh flowers. We sit down to our starter of prawn cocktails.

Richard titters, ‘Especially when she and Linda made spectacles of themselves dancing all night.’

‘She had a smashing time,’ James says.

‘She’d been practising for a month!’ Richard cackles.

I take the empty plates to the kitchen, feeling a pang of hurt that I’m the subject of their mirth, and return to set down the serving dishes of vegetables. Then I go back to the kitchen to dish out the Boeuf Bourguinon onto plates which I carry back to the dining table. I’m the only person trudging back and forth.

Richard and James tuck in.

‘Do you think you can give me a sub?’ James talks with food in his mouth. It’s all I can do to tell him not to.

‘What’s it for this time?’ Elizabeth asks.

‘None of your beeswax,’ James replies.

‘It’s as if you’re spending our inheritance.’ Elizabeth raises her voice.

‘Children,’ I say, but James talks over me.

‘Dad, you know Mum is useless with money. She doesn’t even do online banking. You’ve always handled the accounts,’ James says.

‘If James gets a grand, you’d better send me the same,’ Elizabeth insists.

I return to the kitchen and lean on the counter. I’m invisible to them. Grabbing the trifle, I march to the dining table, flip it upside down where it hangs for a millisecond until the weight of it squelches downwards with a multi-coloured spew of cream, custard, jelly and fruit. Their faces are a picture of shock and disbelief.

‘Anne, are you alright?’ Richard asks.

‘You know that’s the second time in two days that I’ve been asked that question,’ I reply. ‘I used to be somebody. I was a swimming champion,’ my voice raises a notch. ‘In the summer of 1977, I travelled to Europe on an Interrail pass with friends. We slept on the beach in Greece and swam naked in the Aegean Sea. I worked as a deckhand on a sailboat in the Mediterranean.’ I take a deep breath.

‘Don’t “Mum” me. You’re an ungrateful brat who should earn your own money.’

James mouth gapes open so wide I swear I could fit the toaster in there.

‘You lot can wash up. I’m done.’ I throw the tea towel on the side, stomp upstairs and lock myself in the bathroom where I sit on the loo and think.

‘No,’ I reply. In the mirror, my tears etch tiny trickling streams down my makeup.

I chew over past family events, weddings, anniversaries. Little remarks begin to shoot out at me, like sparrows darting through hedges. ‘Oh, Anne doesn’t mind’, ‘Anne will do that.’ I wanted to go to Italy for our twenty-fifth wedding anniversary, but Richard fancied New York, so we went there instead. I was offered a job in an art gallery, but Richard said he didn’t want his wife to work. Again, I acquiesced. I love my grandchildren and cancel my own activities at the drop of a hat to babysit Elizabeth’s children. It’s expected of me. When and where did I lose myself?

I stride into the bedroom to get my tablet, book a double room in a luxury hotel in London, pack a couple of changes of clothes and call a taxi.

‘Where are you going?’ Richard says. ‘Anne!’

James leans against the doorframe, sulking.

I get into the cab.

In the hotel room, I raid the minibar for champagne and crisps and watch an old film. I fill in one of those cardboard door hanging menus to order continental breakfast, then I take a bubble bath and slide between clean sheets that I don’t have to wash and iron. 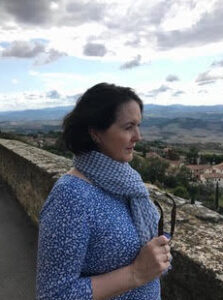 Belgium-based writer Sheila Kinsella’s short stories draw inspiration from her Irish upbringing. She graduated with an MA in Creative Writing (Distance Learning) from Lancaster University in the United Kingdom in 2017.