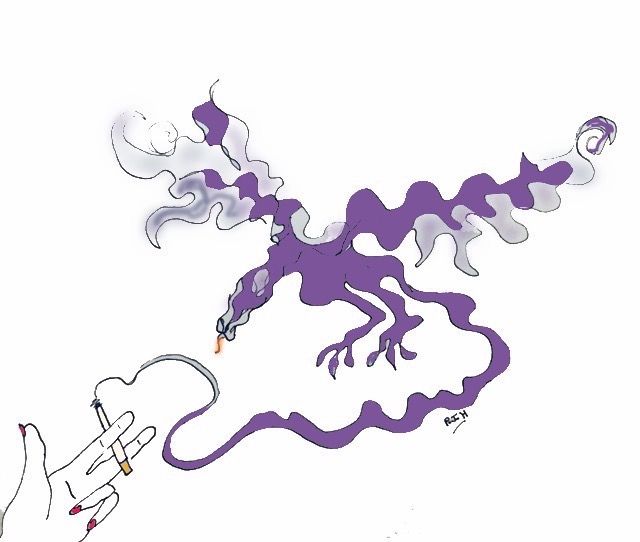 ‘Computing next – bloody waste of time.’ Becky exhales, smoke coming out of her nostrils as well as her mouth, making her look like a dragon. ‘What do I wanna learn about computers for? I’m gonna be a makeup artist. I won’t never have to use a computer.’

I nod. I’m going to be a singer and Becky’s going to do my makeup when I’m on Top of The Pops. Neither of us will ever need to use computers in our jobs.

I see Mandy suck swiftly on her Marlborough Light and immediately blow the tiny puff straight back out again. Becky’s right: she said Mandy never inhales. I flick my eyes to see if Becky clocked it and she smirks. ‘Enjoying that Mand?’

Mandy coughs and takes another non-drag before spluttering, ‘What I wanna know is why they call it a mouse? I ain’t never seen a mouse with three buttons on its ‘ead.’

I hear laughter from the other side of the bike shed and see Kevin Barrie shaking his head and fidgeting foot to foot in that nervous way he has. ‘You’re tapped you are, Mand!’

‘Get stuffed!’ She drops her barely touched fag on the ground and twists her Doc Marten on it like she’s Olivia Newton-John or something. The bell goes in the distance and we all look at each other with a sigh. I stub the butt of my cigarette on the metal frame of the bike rack, still working on burning out where it says Jodie n Darren 4eva in marker pen, seeing as Darren is now getting off with some slag from St Joseph’s, while Mandy and Kevin shuffle off ahead, punching one another on the arm and calling each other a bellend.

‘Katie Shithead!’ I hiss, suddenly seeing the head prefect striding towards us. Becky quickly stubs out what’s left of her fag and unwraps a Wrigley’s Spearmint at warp speed, tearing it in half like they do in the advert and slipping the other bit over to me.

‘The bell has gone!’ Katie’s clipped voice rings out as she approaches. ‘Chop chop!’

‘It’s only computing,’ I shrug. ‘We’re never going to need it in the real world.’

Katie ‘Shithead’ Shipman looks at me the way my mum did when I told her I would never love anyone like I loved Darren. ‘Don’t be dim, Jodie. Computers are the future.’ Becky and I scoff but she ignores us. ‘The millennium is coming, girls. One day we’ll all have tiny computers we carry around in our bags and maybe even wear as a watch. We’ll be able to use them to communicate all around the world at any time of the day.’

‘Bit too much Tomorrow’s World I reckon, Katie,’ says Becky.

Katie Shithead tuts, watching as we drag our feet towards the computer room. ‘You mark my words.’ she calls after us. ‘And don’t chew gum!’ 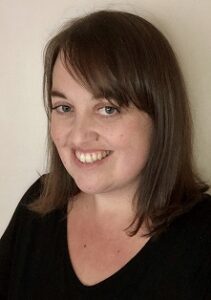 Emma Robertson is a dance tutor and writer from London, UK with work in Idle Ink, Sledgehammer and 101 Words among others. Recently longlisted by Cranked Anvil and Furious Fiction, she was also runner up in the TL;DR Word Herd and has upcoming stories in Fudoki Magazine and several anthologies.