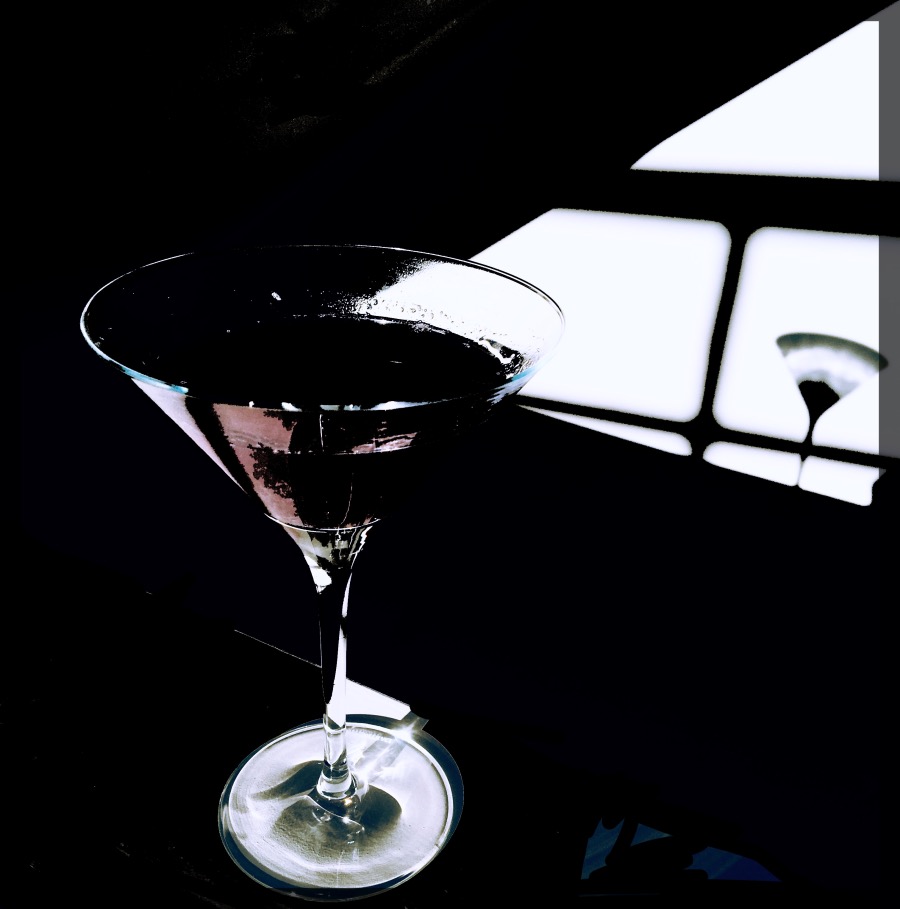 With dark hair and electric eyes, he was popular in high school. Since I wasn’t, I felt elated when he asked me out. He picked me up, impressed my dad, and took me to Lupo’s Heartbreak Hotel in Providence. Lupo’s was typically a venue for bands, but to my absolute revulsion, there was a wet T-shirt contest that night. Dismayed, I asked if he expected me to be a contestant. He laughed. I asked why he had brought me there. He said he thought it would be funny. I was not fucking laughing.

Funnily enough, another dating disaster originated at Lupo’s. Leaning on the bar, using my fake ID to guzzle gin and tonics, I began talking to a guy I thought looked like Anthony Kiedis from Red Hot Chili Peppers. He asked me out the following night but, when he arrived at my parents’ house, he had a short friend with him. They hopped out of a beat-up truck and, as Anthony Kiedis sauntered up the driveway, swinging his waist length brown hair, I knew my watchful father would not approve. I didn’t care. We drove away, me in the middle, the three of us swigging from beer cans, and arrived at the short friend’s parents’ vacation home in a trailer park. Inside the trailer, we sat on the cushioned benches and continued with the now lukewarm beers. Craving a better buzz, I presented some weed kept in one of my mom’s glass spice jars which I had painted red, gold, and green. As we smoked, I grew anxious. They were talking and laughing, but I was silent, watching their faces grow distorted. The one appeared nothing like Anthony Kiedis and the other looked like a troll. It took all my energy to get to the trailer bathroom to pull myself together, but I felt claustrophobic in the miniscule space. As I slid back toward the benches, everything turned gray…

I came to on the tiny linoleum floor to two sets of fearful eyes. I was yanked up, propped up in the truck, and promptly taken home. My date formerly known as Anthony Kiedis never called again. I didn’t care. Who brings their troll buddy on a date to a trailer park? Fuck that.

I met the next guy at an AA meeting in Providence. I was initially interested because he resembled Joaquin Phoenix and had graduated from Yale. I remained curious after he ingested too much Klonopin and fell asleep while I was talking. He called the next day in distress, having been forced out of his sober house because of Klonopin. I went to get him. As my car approached the sober house, snow crunching under the tires, I saw him shivering on the porch with two garbage bags full of clothes. I agreed to let him stay at my apartment for a couple of nights, and immediately he hinted at a longer stay. For one week, I drove him to his job at a sporting goods store while he criticized my driving. Finally, I told my AA sponsor. That day, while he was at work, we packed up his dusty garbage bags and delivered them to the curb outside his workplace. He emerged from the City Sports storefront, yelling and swearing, but my sponsor squeezed my hand and we turned away. Thank fuck.

After that came a breakup by text. On the toilet at work, my phone buzzed from the top of the toilet roll dispenser. It was a message from the guy I’d been dating for six months: “Hey – want to take a break?”

Lunchtime was approaching so I thought he wanted to go eat. “Yeah, I’m starving. Where do you want to go?” I continued to sit.

He replied “No, I mean a break in our relationship.”

My stomach sank. I immediately texted “Why?” “Need to talk!” No reply.

I wanted to go fetal on the floor, but I had students waiting for me. Eventually I dragged myself to the classroom, finishing the school day through tear-blurred eyes. When the last student left, I launched a desperate barrage of calls and texts. There must be another woman. Did I know her? Feeling no shame about the number of calls and texts, I lost count. Slipping behind my steering wheel, I peeled away from the school and drove to the triple decker with his car in the driveway. I rang his doorbell to no avail and projected my voice upwards, screaming his name. A neighbor popped her head out. I feigned sanity, said that I was a friend of the third floor tenant and would she please let me into the building. Gaining entry, I bounded up the stairs, surprised to see his apartment door open. It was a small victory. I searched for him in the living room and kitchen, and found him hiding under the covers on his bed. I sat on the edge, begging, pleading, crying, while he repeated “No.” When he got up for the bathroom, I stared at his unmade bed and smelled the pillows. One smelled like him: Egyptian Musk. The other smelled sweet: lavender and vanilla, a woman’s scent. Not mine. My stomach sank even lower. I was defeated, but I had an answer. It was growing dark outside and a shred of dignity emerged, telling me it was time to go. It was fucking over. I went to an AA meeting and cried.

We went on exactly two dates: first at a roller skating rink and then an overpriced restaurant. He called it off after the second date, explaining I was too “heavy, dark, and cynical”. His exact words. Now please, would heavy, dark and cynical go roller skating, for fuck’s sake?

I had been on a few promising dates with someone. I had also discovered a love for yoga (the only time I’ve said “love” about exercise). My favorite teacher was offering a free class, so I invited the new guy. It was an oppressively hot evening, and the studio was covered in carpet that had collected years of communal yoga sweat. A mixture of heat, armpits, and incense permeated the room. As we stepped in, I saw from the look on his face that the stench hit him hard. I felt self-conscious as if it were my fault, but he smiled and rolled out his mat. Toward the end of class, we lay on our backs for shoulder stands. Tucking my elbows underneath, I propped my tailbone in my palms. I lifted my legs and, as I did, out came a clamorous queef. Mortified, I turned to look at his reaction, but he remained straight-faced, gazing at the ceiling. The kind yoga instructor reassuringly squeezed my feet that were still up in the air. Months and many dates later, the topic of the queef came up. Sure, he’d heard it, but had pretended he didn’t, to spare me further embarrassment. I ended up marrying this fucking guy.

An educator and a parent, Patty lives in Rhode Island, USA. She celebrates many years of continuous sobriety and uses humor writing to share what were once painful experiences.