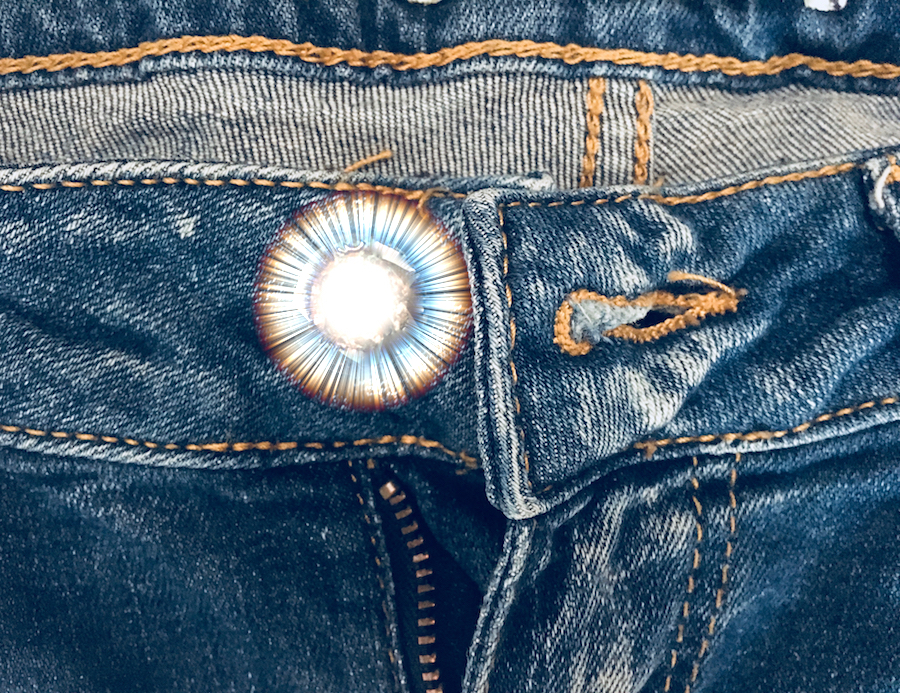 A well-worn pair of Size 8 True Religion jeans, with trademark horseshoe stitching on the back pocket, were pronounced dead on Sunday afternoon. They were nineteen years old. In recent years, the owner had taken to mumbling ‘I have jeans older than these kids’ while attending her daughter’s high school basketball games.

Purchased in 2002 on a credit card no one should have given a recent college graduate, the low-waisted, bootleg trousers were a symbol of the owner’s desire to be seen as a ‘cool girl’ who went to see obscure bands live in concert and wore L.A. fashion. These jeans were versatile, often paired with a white tank top, sometimes a boho shirt, and once, shamefully, worn under a dress. The owner spilled every manner of cheap whisky on them, saturated the cotton dyed indigo fabric with cigarette smoke, and more than once had to spend hours removing the grease stains from pizza slices eaten at 3am.

For nearly two years the jeans were not worn. The owner would attempt to slide them on, only for them to reach her hips and stop. She feared that they might never fit her again. Defeating this prophecy became a fevered goal, involving Pilates instructors, yoga mats, and expensive running shoes.

But when the Size 8 True Religion Jeans finally slid up over her hips and buttoned – although snugly – they did not have the same effect on the owner’s sense of identity and state of mind. They did, however, serve as a reminder that she had once been a bright light twirling on a dark dance floor who dated every version of the wrong guy.

Surviving relatives include UGG boots and a bright yellow tube top. The service will be private.

Jennifer Marie Donahue’s recent writing appears in Cotton Xenomorph, The Doubleback Review, Dappled Things, Fiction Writers Review, and Catapult. Her work earned an honorable mention in the J.F. Powers Prize for Short Fiction and was named a finalist for the Barry Hannah Fiction Prize. You can find her online at jmdonahue.com or on Twitter @jmdonahue.