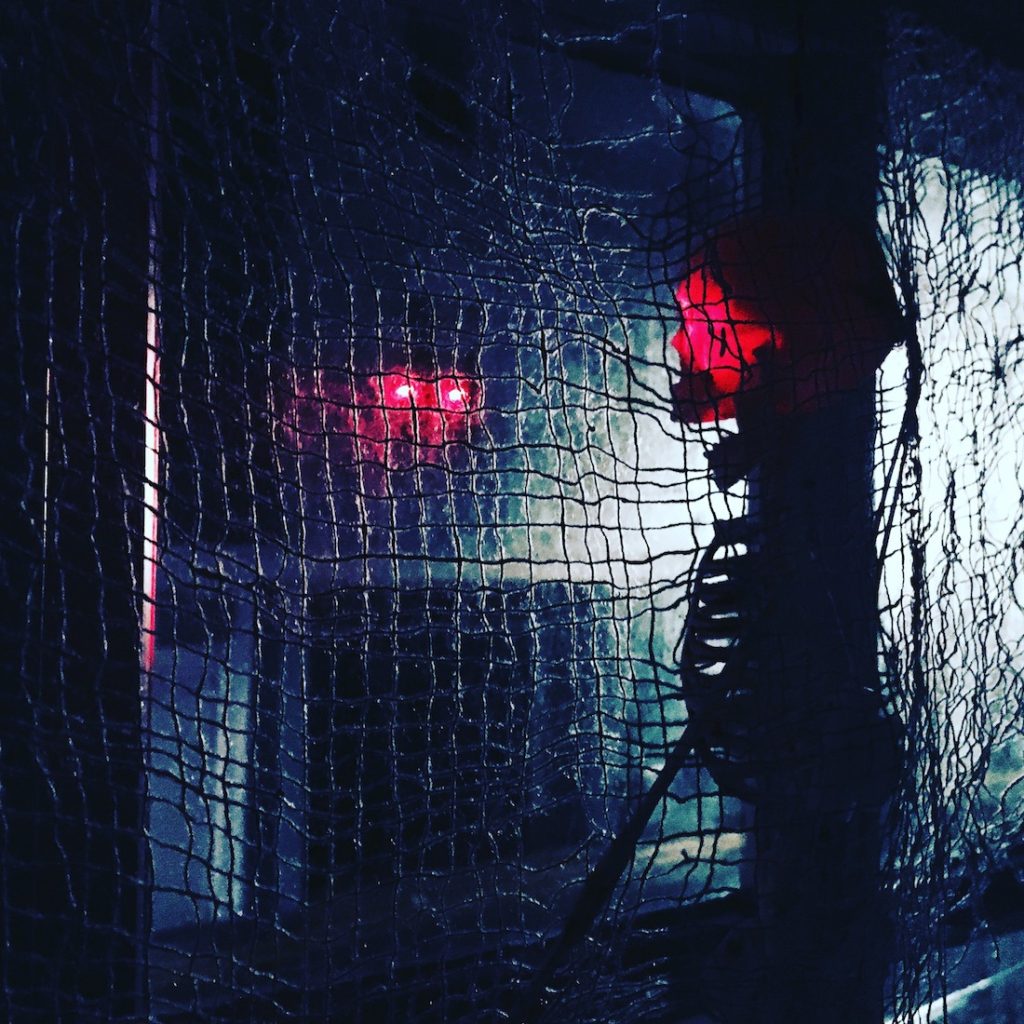 It’s the middle of the night, and our heroine is awake. Again..

The red devils are dancing, mocking my insomnia. Evil, fluorescent digits on a radio that belongs to another time, yet has followed me into adulthood. I can kill them in an instant by switching on the light. Instead, I try to identify their dance moves.

It’s not the Waltz.

I tuck the duvet tightly around my body, wrapping my feet in its softness.

Not the Tango either.

Devils have their own style. Their own culture. The Culture from Hell. Literally.

I can’t believe I used the word literally, even if it was only inside my brain.

My night brain. The one that sends my heart racing with its lists of things that can go wrong.

For as long as I can remember, I’ve lain in bed at night worrying about the worst that can happen.

But tonight is different.

‘Ask yourselves,’ said the public speaking instructor. ‘What is the worst that can happen?’

How can a professional seminar leader ask such a question of a group of people who stutter and perspire at the mere thought of standing up in front of their peers to give their name and job title?

How is such a question helpful when we’re all yearning for him to tell us that nothing bad is going to happen?

I can’t believe the firm is paying for this.

‘What is the worst that can happen?’

I admit that he has challenged me.

I can think of many bad things.

It’s ranking them which is the problem.

His name is Mr Hayes. And today he told us we were scared of public speaking because it’s not a natural activity. As a result, the ability to talk in front of a crowd is not an innate skill but an acquired one. No kidding. He, apparently, has the tools we need.

A response is forming in my mind. I get up and put on my old tracksuit, which is lying on the armchair next to the unworn dressing gown that my parents gave me for my birthday.

I can’t wear dressing gowns. They remind me of my grandmother who spent two years in a mental institution. (As we called them back then). The patients always wore dressing gowns. Even in the drawing room when they sat stiffly in orange fabric chairs, trying not to show their pain.

As a child, I wondered why they could be so quiet when they were crazy enough to be admitted to a closed facility.

‘Granny and her friends have been given some tablets so they don’t harm themselves,’ my mum said.

I didn’t ask any more questions. I just trotted along on Sundays to watch my grandmother through the clouds of grey smoke that hung in the air around patients who never blinked.

I switch on the lights and give the clock-radio the fuck-finger.

I am sitting in the study in front of the computer looking at the empty space below the letters I’ve typed.

‘What is the worst that can happen?’

I must have fallen asleep. I’ve literally (again, seriously?) nodded off. And my neck hurts. But the gift of sleep has brought clarity and I feel a physical sensation as sentences flow from my brain through my fingertips onto the screen, clearing a path of anxiety. Light, smooth, confident. Ballet on the keyboard.

After I conclude my talk, peers and even junior staff will laugh at me behind my back, leading to my eventual sacking and total career failure followed by unemployment, personal bankruptcy and a resulting unstable family situation finally culminating in homelessness and substance abuse. And then I die.

Mr Hayes may think twice before asking anybody that question again.

Previous instalments of Elizabeth’s Monsters in the Night:

Monsters in the Night I – The Fear of Illness

Monsters in the Night II – The Enduring Data Trail

Monsters in the Night III – On Life after Death