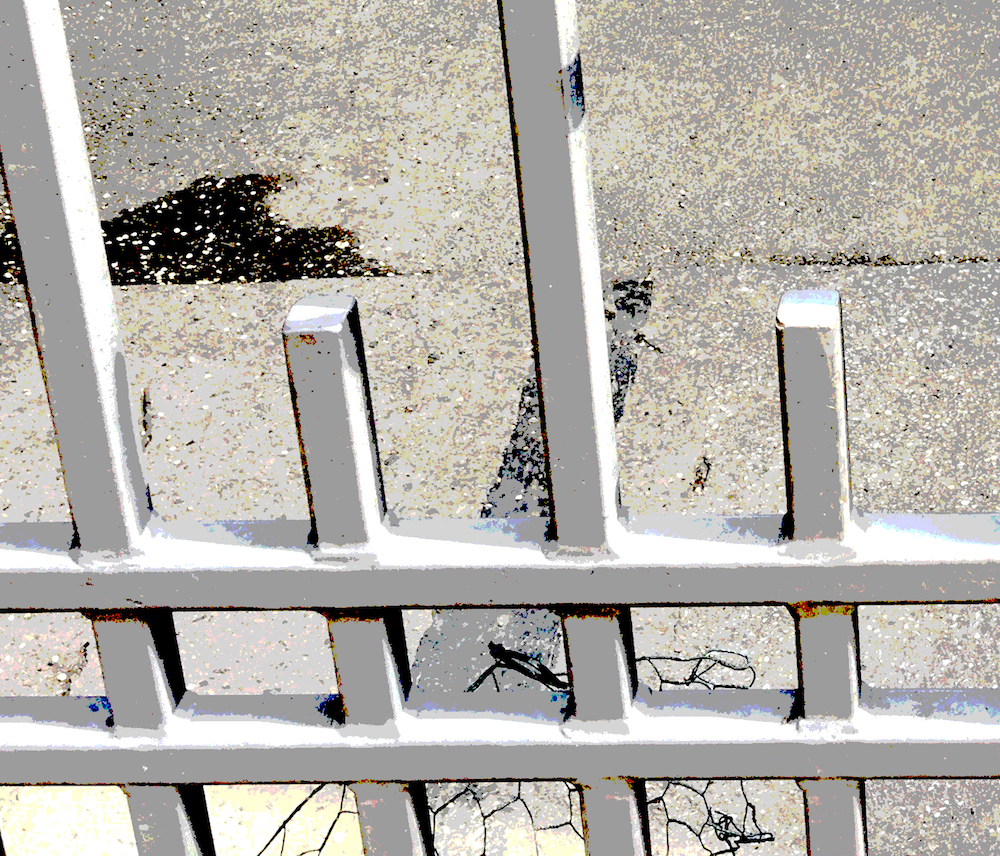 An old tree stands on a worn pavement in front of a suburban semi. At least fifty rings in age, it’s pushing up the pavement slabs with its roots, desperate for space. A seed, blown on adventurous winds, landed in the wrong place and now it’s forever trapped. I know how it feels.

It’s not an oak tree though, just a hawthorn. Just, she says, as if it’s not impressive enough. It’s supposed to be an oak, based on the song, but it’ll have to do.

Twelve months it was meant to be. Aggravated assault. Got drunk with the boys down at mini golf and started on some poor lad with a club. Ran from the coppers and resisted arrest. I said I’d wait. I was young, I didn’t know better.

After eight months, he was done again. Twelve months added on. Common assault this time. Table tennis paddle to the throat. Again, I said I’d wait.

At twenty months and one week, he paid his third visit to court. Another assault. Another twelve months. Something to do with basketball. This time, I didn’t say anything.

Three full years have passed. He’s due home today, assuming he doesn’t get the urge to clock another poor bastard with some bit of sports equipment on his way back. I sent a taxi to make sure. There’s only so much damage you can do with a pine tree shaped air freshener.

Trees. That’s where I was. I’m staring at the hawthorn, a spool of ribbon in one hand and kitchen scissors in the other. Sunshine Yellow, it’s called. Someone had a sense of humour naming that. I wrap it around, make two knots, and then snip. One large bow, hastily made. One yellow ribbon tied to an old hawthorn tree. Almost right, but not quite. Just like him.

But I won’t be there to welcome him home. He’ll see the ribbon, take the key from under the mat, unlock the front door and find divorce papers on the coffee table.

He can have the house, with its past-best carpets, sofas reupholstered with faux leather that just about stops the springs from poking through. He can keep the marital bed, not that there were ever any marital relations in there, given that he got arrested an hour after the wedding reception started. It’s supposed to be knocked up on the wedding night, not banged up. Couldn’t even get that right though, could he?

He can use the chipped bowls, the plates that still hold their shape even though the glaze has cracked, mugs that have silver lines around the bottom where too many cups of tea have been stirred with spoons that are worn on the edge from going round and round and round.

Lena MacDonald is a writer of flash fiction, poems and novels. Originally from South Wales, Lena now lives in Gloucestershire. Her flash fiction can be found in Bluesdoodles, Go Havok, 101 Words and NFFD Write-In. Her poetry can be found in Dreich and Nine Pens. Twitter @helenmacwrites.