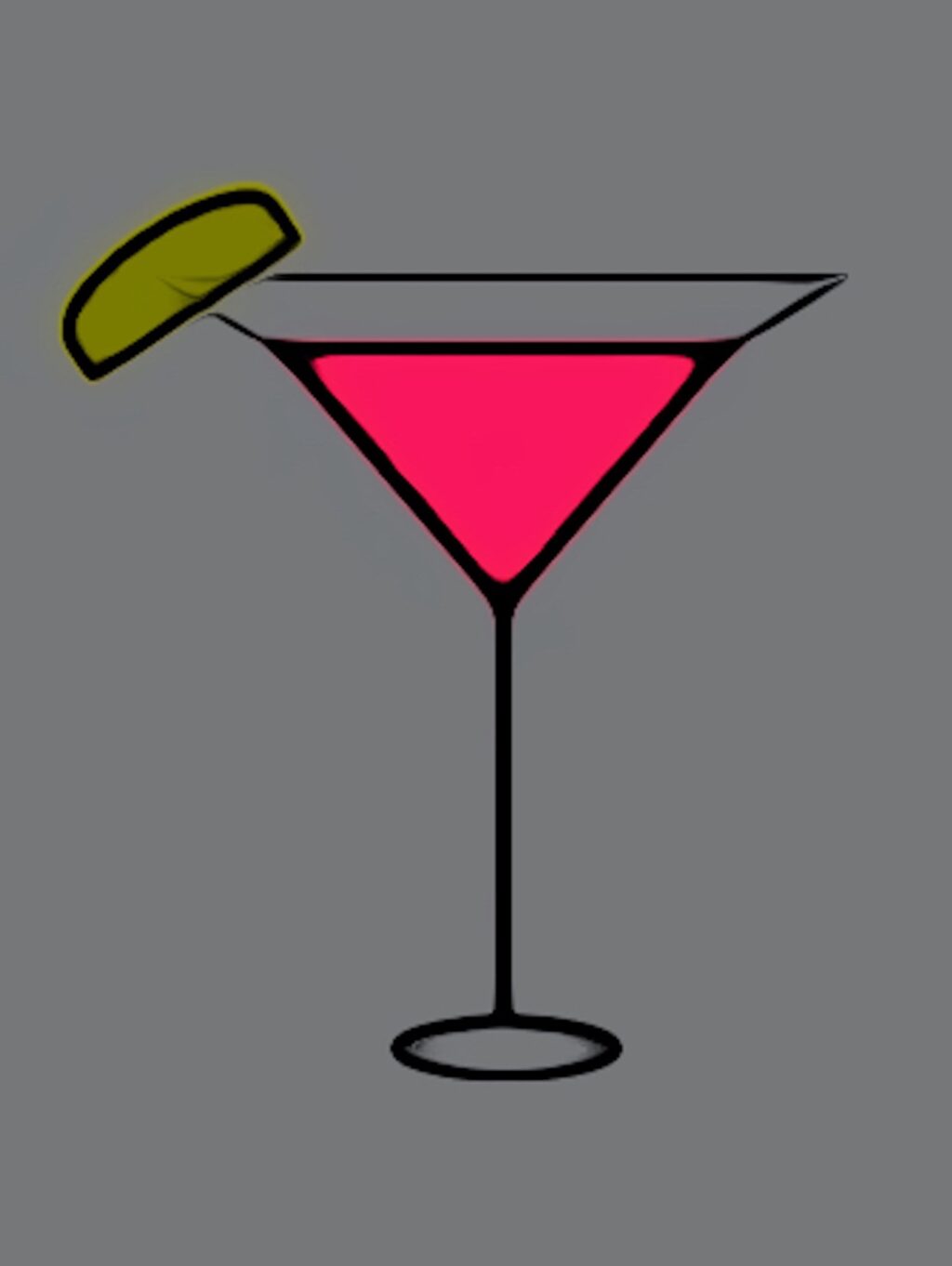 It’s my first time at this chain and I’m reminded of my inaugural visit to Burger King. I couldn’t pronounce Whopper and I earned sour glances for not realising I had to dispose of the tray myself.

That was long ago and since then I’ve become a chain pro. I know that at Nando’s you order by the counter but get served at the table although you have to pick up your cutlery from a basket. I know that in Starbucks you move from the order-end to the delivery-end but that Pret a Manger keeps a queuing system where you stay in the same spot until you are handed your coffee. I know that in Yo! Sushi the food comes to you, and that in Wholefoods you must come to the food.

I’ve tried new establishments so many times that I can ooze the cool of being a regular whilst quietly reading the code of the room. It is without fear that I enter the latest hyped-up outlet.

First impressions are positive. The ceilings are high and the music easy on the ear. There’s a raised seating area at the back and a line of single tables at the front, all with miniature lamps in bold colours. About half of the tables are occupied by people who appear focused on their laptops, although I can’t let go of the feeling that they’re all aware of everything that’s happening in the room. Perhaps with the exception of an elderly lady who is engrossed in the travel video that’s playing on her iPad.

The staff shine with the confidence that a cool brand installs in an impressionable young person who may or may not be aware that they’ve been chosen for their looks, and – in this particular case – alleged intellectual capacity. Young they may be, but they know things. They are university graduates. It’s an employment policy for which the company, ISM, has been unapologetic. ‘A basic knowledge of political science terms is a must for our brand,’ they claimed in their introduction campaign, which was rolled out on TV and social media to the point where the company’s logo is now ingrained in my mind; a pointy finger encircled by a red heart with the letters ISM printed in a stylish typeface that looks like the Vanity Fair font.

This logo stares at me now from the white baseball cap worn by a staff-member whose nametag says ‘Jamie’.

‘Yes, Ma’am?’ Jamie flashes a retail-smile. ‘What can I get you today?’

I stare at the board on the onyx wall behind him but the menu is backlit and hard to read. I can’t work out the system. Nothing seems to be in order and half the items are combination menus with additions of this and that. My hand roams in my bag for a pair of glasses.

Frantically scanning the menu, I wonder what might be a neutral option. Not too much, not too little. Not too out there.

The woman waiting next to me gives me a condescending look above her rimmed glasses.

‘Regular,’ please,’ I say, missing the days when you could place a one-word order.

‘I’ll throw in a Capitalism or a Socialism for free if you were to go for large,’ he says in a loud voice, ‘today only.’

I wish he’d take that voice down a notch.

The woman with the glasses looks directly at me. I’ve been put on the spot.

‘Is there any chance of getting a Realism?’ I say. ‘Instead of the Capitalism or the Socialism?’

‘That’s totally another typology’, says Jamie with an ill-hidden sigh. ‘In any case, we’re out of Realisms, but if you can hang in for a second, my co-worker Harriet is just fetching a batch of fresh Liberalisms upstairs.’

I relax. After all, I too have been to university. I can play his game.

‘Careful here,’ says an attractive man who is sitting at one of the single tables. ‘Are you sure you want to go there? Do you identify with those liberal bastards up in Islington who talk about solidarity and stir up civil unrest, then bugger off to their country homes and sit out the revolution? The worst of the worst, Champagne socialists, driven by rage.’

I ignore him. On this, I am on home turf.

‘Would that be Liberalism in the classic John Stuart Mill sense or more like the current American interpretation?’ I ask.

‘Well, we are an American chain,’ says Jamie.

Jamie interrupts me: ‘The strain of liberalism you’re referring to is what we at ISM call libertarianism,’ he says.

The woman with the glasses scoffs. ‘Libertarians are a bunch of fuckers with no thought for humans or animals,’ she says. ‘They’re all disgusting tax dodgers, slaves to the tech giants and scholars of Ayn Rand.’ She looks at me directly, holding my gaze. ‘You might as well go the whole hog and order a full on Monetarism.’

‘Customers have to visit our flagship store in Covent Garden if they want anything from the eighties or earlier,’ says Jamie. ‘That’s also the only of our UK branches that stocks Marxisms and Fascisms, both of which you’ll find in the basement together with the Totalitarianisms.‘

‘I can promise you that I want neither a Fascism, nor a Marxism,’ I say, looking directly into the camera I’ve spotted above my head.

Luckily, I’m bought time, as the girl who must be Harriet appears at the top of the staircase balancing a tray.

‘Here come the Liberalisms,’ says Jamie. ‘Did you decide, Ma’am?’

My eyes have adjusted to the onyx light and I start making out the rest of the items on the menu.

‘On second thoughts,’ I say, “I think I’ll have the Institutionalism.’

Jamie is about to open his mouth but I get there before him. ‘Regular,’ I say.

Now Harriet butts in: ‘With either of the Institutionalisms you actually get to choose two sides,’ she says, pointing to the board. ‘There’s Elitism, Humanism, Conservatism and Feminism.’

Harriet smiles at me. ‘I can recommend the Feminism,’ she says. ‘I’ve tried all of them and they’re equally lovely, even the Radical.’

‘Jesus Christ,’ says a blonde woman from the table nearest the door. ‘TY-PI-CAL. Just cause she’s a woman you immediately assume that she’ll want a Feminism.’

‘I would like to try the Radical Feminism with a Conservatism as the other side.’ I say.

But now the woman with glasses starts cackling. ‘You can’t combine a Conservatism and a Feminism,’ she says. ‘That’s the most disgusting order I’ve ever heard.’

‘It’s up to the customer what she wants to order,’ says Harriet. She turns towards me. ‘You can mix the sides how you like.’

‘Spoken like a true victim of the patriarchy,’ says the the woman in glasses. She’s going red.

‘Oh shut your ugly trap,’ says the attractive man. ‘I know the likes of you. Just because you can’t get a bloke. What you need is a good old seeing-‘

‘She’s right,’ says Jamie. ‘We all totally have to be here.’

‘That’s the problem’, say Rimmed Glasses and Good-looking Man simultaneously, earning a mean stare from the blonde woman and a few people in the seating area, some of whom start getting up from their tables.

I’ve got to get out of here. But how?

The elderly lady packs up her iPad and pushes her chair under her little, single table. As she turns to leave she pulls at my sleeve. ‘Why don’t you just order what you like, dear?’ she says. Then she whispers into my ear: ‘This concept is never going to work unless they let us order in separate cubicles.’

Oh God. What has the world come to? Think, think, think.

I catch Jamie’s eye above the arguing group who have now started pushing each other.

‘Anarchy isn’t an ism,’ says Jamie. He is looking tired.

As I stand on the pavement feeling the wind in my face, I look into the store for the last time. A full-on fight has erupted and I promise myself never to enter any of these places again. From now on I’ll make my own isms at home.

Mette Jolly is co-editor of funnypearls.com