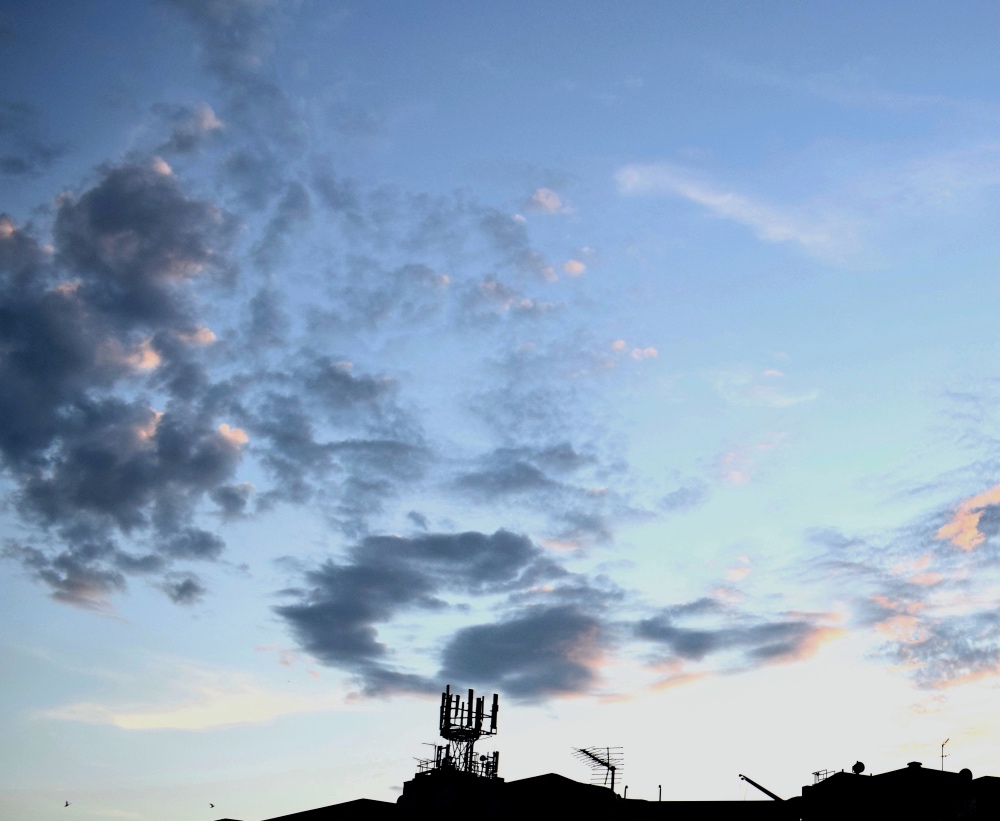 Our Lizzie is back in London after attending a wedding in New York where she met a handsome stranger.

The maid of honour has posted a picture of me on Facebook. I’m dancing, or to be precise, the bride and groom are dancing. But I can be seen boogying next to them in my Jigsaw print dress, caught in a move that adds a stone to my belly.

If he sees that picture, will he regret the whole thing and cancel dinner tomorrow? I wouldn’t blame him if he did.

I plug my iPhone in and place it on the wobbly bedside table next to the old clock-radio monstrosity I should have thrown out long ago. But I can’t bring myself to part with the damn thing. I’m too accustomed to the red digital countdown screaming at me as I lie in bed longing for qualms to fade into dreams.

I had hoped that the jet-lagged feeling I have every night would be cancelled out by the actual jet-lag I earned doing a weekend round-trip to New York City. But that’s not how it works. I am wide awake, typing a list on the Notes app.

2) Ignore, hence appear cool and confident. A woman way above getting worked up over a silly photo.

3) Travel to the North Pole – where, apparently, Facebook keep their servers – and try to find main switch.

Come to think of it, I’m not even sure he’s on Facebook, wouldn’t his page have come up when I Googled him?

Ha, just thought of fourth option. I could post a slimmed-down image on Instagram wearing the same dress. Even add a filter.

Then again, I don’t imagine he’s on Instagram. Too sorted, too confident to need that sort of exposure.

Oh fuck. Can people see if you’ve checked whether they’re on Instagram?

Oh my God. Can they see if you’ve Googled them? If so, I may be in trouble.

Sometimes when I can’t sleep I sit in the study and Google old boyfriends. People I dated twenty years ago who now show up on my screen looking like their Dads.

Shame-reminder from back of mind: This isn’t always restricted to actual boyfriends. Sometimes I even ogle random guys I used to fancy. How can I even remember their names? Does anyone ever think of me and wonder what happened? Or didn’t, as it were.

Oh God. Do they Google me and laugh at how old I look? ‘Spitting image of her granny.’

Brainwave: If you want to Google him again, just go to the Internet café by the tube station.

But what if somebody sees me? Who the Hell goes to an Internet café in 2019?

I should get offline now. Screens are detrimental to sleep and affect the climate. (I read that our gadget-use pollute more than the entire aviation industry. Another good reason to shut off for a bit).

Pang! Flashback to Googling him in the lounge at JFK.
I clicked on his Linked-In profile.

Actually, should be fine. 99% sure I wasn’t logged-in.

I wonder if he has looked at my Linked-In page.

Somebody has viewed my profile. Damn. Full career failure exposed. How can I find out if it’s him?

I read the guidelines, Linked-In isn’t as straightforward as other social media. (I’ve always wondered if it’s deliberate – a cynical move to keep out the morons).

It says I have to sign up for the premium version to see who has viewed my page. This annoys me and I log out and search for his profile.

But what the Hell? Why is my profile picture still visible in the upper right-hand corner? I did log out. I stare at my own insincere smile.

Oh shit. Now he knows for certain that I’m a late-night stalker. My stock must be tanking by the minute.

And that’s before we start on Twitter. I hardly ever tweet, but I sometimes like photos of animals. (I never go near anything serious, too scared of accidentally setting off the global keyboard warriors).

The Internet-me can hence be summarised as follows: Late night stalking cat lady without serious interests who has a boring job and a fat belly.

I resign myself to it. If it puts him off there’s nothing I can do about that now…
ZZZ ZZZ.

Am woken by a beep.

A text message at this hour? I stare at the ceiling wondering who could have died.

Then who? Aunt Liza? Could be. Mum recently mentioned she’d had a nasty chest infection.

Aunt Liza has no children and that house in Windsor has got to be wor- NO NO. I didn’t think that. God if you’re out there – this isn’t what it looks like. I swear, it was one of those thoughts that come from outside of head. Like the family portrait before sex I’ve mentioned before, God, remember?

I take deep breaths before picking up the phone. This is weird. It’s from him. But that makes no sense. He’s too sophisticated not to realise it’s the middle of the night over here.

Has he just been on Linked-In? Jesus Christ, I knew I was a cyber turn-off, but am I so bad he couldn’t wait till the morning to cancel the date?

‘At JFK. Butterflies. Our age, dude? Impossible, for sure.
Think Bvlgari scarf too much for a second date? Don’t want to freak her out by coming on too strong.’